Freedom from the story of dominance and power-over

Patterns of dominance can be seen everywhere; at the level of individuals to societies, historically and in present times. You can see it in authoritarianism, racism, paternalism, sexism, capitalism, religions, competition, conflicts, polarization, etc. The 'energy' of dominance itself is neither “good” nor “bad.” However, when this energy (or its opposite) is left unexamined in the shadows, projected onto others or suppressed within ourselves, it can be a destructive force that causes individual and collective suffering. By bringing the energy of dominance into the light of awareness and accepting/embracing it, dominance (and its opposite), can transform our world. Only by bringing dominance (and other shadow patterns) into the light, can we experience the end all wars and lasting peace.

The energy pattern of dominance/submission has been a strong factor driving our evolution; physically, emotionally, mentally and spiritually. It has been a powerful evolutionary force that has helped take humanity to where it is now (whether you feel where we are is 'good' or 'bad'). It has literally taken us to the moon! You would not be who you are today, knowing what you know, without dominance patterns (healthy and unhealthy) playing out somewhere in your life. This powerful force, often showing up as competition and the ‘survival of the fittest’, has helped bring about greater comfort, unimaginable technologies, wealth, and health to many peoples and nations of the world. 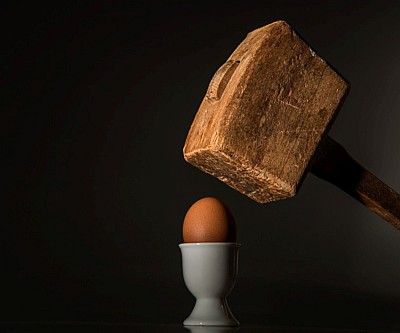 From the shadows, however, domination has also created destruction, perpetrators and victims, have’s and have-not’s, and master-slaves. The story of dominance within a story of separation has now brought humanity to face-to-face with its own potential annihilation. Without a radical change in our human story of dominance/submission, we may all come to a tragic end. This dynamic of forcing/power-over/predator/master/controlling behavior vs. the behavioral flip side of this dynamic (victim/prey/submission/slave) is ripe for change. Changing our individual and collective story is essential if we are to move forward to healing our society and our planet. In a world that works for everyone, dominance, in the way we have used this energy, is outdated, counter-life and detrimental to the future that all of our hearts are longing to co-create.

Gaining insight from our origin stories and myths

For a moment, let's go way back, into some ‘origin stories’ of dominion and dominance. In the origin stories of our patterns, individual and collective, we can often find insight to shift unhealthy patterns. We can find the grounding for a new story that can help us transcend destructive patterns by forgiving and rewriting our story. Below, I’ll present two domination origins that I believe have greatly influenced our world. Maybe you know some other ‘origin stories’ to contemplate and add to these.

I also encourage you to go into your own childhood experience of dominance/submission, forgive them and rewrite them if they no longer serve you. You may not have control over the behaviors of others, or what happened in your past, but you have complete control over the stories you create in your mind about any experience. Your stories can be self-limiting or self-empowering. They can be love or hate. The choice is yours.

In this translation, Man/Woman was to have dominion, authority or “power over” the earth and all things in it. From what I can see, humanity, in the Judeo-Christian tradition, has certainly fulfilled this role. Dominion has been used to justify domination attitudes and behaviors towards the earth and all its inhabitants. In reading this, I wondered if the translation was even correct. Were we really meant to have dominion or “power-over” the way it has been translated? If we had had a different story, or we could create a new story with a different role for Man/Woman, how might we save our world from destruction and suffering?

In wondering about the accuracy of the translation, I found this Hebrew word study blog by Chaim and Laura. In this blog, they examine the root word in Hebrew and come up with a different translation which could be the basis for a new story for humanity:

This is interesting to me because for over 10 years I have worked with the path of surrender, forgiveness and shadow integration. When people have unresolved shadow, they are generally acting in a “power over”, dominating behavior towards the rejected shadow part. In shadow patterns, people reject, suppress, judge and project, often violently and always unconsciously. In shadow-work, we heal the original wound and integrate the separate shadow parts by forgiving and embracing them. Surrender is a “lowering of oneself” instead of shadow behavior that “rising up” to fight. In shadow integration work there is a “coming down” of insight which changes the old story into one of love. Love becomes the dominating force!

What if the original meaning of Genesis 1: 26-28 was to proclaim the role of man to be one of humility, reverence and compassion for all creation? What if we were to “lower oneself” in humility, respecting and learning from all creation? What if “coming down” into communication and connection with the earth, rather than power-over, is what humanity was being asked to do? If “lowering oneself” was the foundation of our human story rather than dominion, where might we be now? If we were now to co-create a new story, “lowering oneself” in the reverence, awe, trust and love of all creation, how might we show up and change our world?

Origin Story 2: Darwin Theory of Evolution – “Survival of the Fittest”

The second dominion origin story that begs questioning for me is Darwin’s Theory of Evolution. To be clear, I am not someone that is anti-evolution, anti-science or anti-religion. I try not to be anti anything. I do, however, question the rigid dogma that exists in both scientism and religions. Fixed views and stories that are “beyond question” or not questioned are problematic for me. Stories, beliefs, assumptions, and conditioning that is ‘unquestionable’ is not healthy. Scientists, philosophers and priests are limited by the questions they do not ask. They are also limited by dogmatic conclusions written in stone. Killing the questioning kills curiosity, creativity, learning and growth. It creates heretics to be burned at the stake. 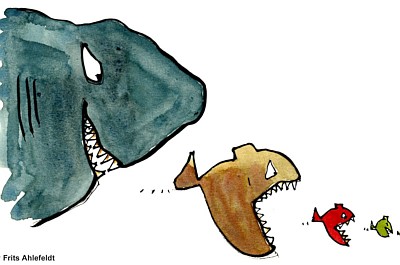 Darwin proposed the Theory of Evolution, driven by the story of ‘survival of the fittest’. This has been interpreted as a dominance, power-over, or the strong vs. weak story. This strong vs. weak interpretation of Darwin’s work has shaped behaviors in western civilization, in business and throughout society.  It has been used to justify and rationalize racism, eugenics, class systems, and other ego-based systems of better-than and less-than world-views. But does this domination story have any basis in truth? Has “survival of the fittest” been misunderstood and misused to dominate and control others?

I personally accept evolution as a primal, continuous organizing process of life. However, what if survival of the fittest is not what drives evolution, or not the only mechanism that drives it? Do we not see as many or more relationships in nature that are based in cooperation, communion, symbiosis and synergy? How would we organize our world if we believed that life was not about competing with each other for survival and scarce resources but instead about cooperating and collaborating for the good of all in an abundant world? How might this alternative world-view change our behaviors and our world?

We each perceive the world through the filters of our beliefs and assumptions. We tend to see the world as we believe it to be, rather than as it is. If we believe we are separate from each other and compete to survive in a world that is dangerous with limited resources, then our behaviors will adjust to these fears and others will be a threat. If instead, we believe that our survival, happiness and success is dependent on cooperation, community, kindness, love and see ourselves interconnected in the web of life, then different behaviors and different outcomes will result. Darwin, I believe from all the evidence I have seen and experienced, was right about the theory of evolution. However, “survival of the fittest” and the collective shadow story of dominance that arose out of it has been tragic. The power-over story is one of those human stories that must be rewritten if we are to collectively survive and thrive as a whole.

The meek shall inherit the earth

Meek is the opposite of dominance. This statement by Jesus suggests that it is the quiet, patient, gentle and submissive that hold the true power. It is by “lowering oneself” that we thrive! 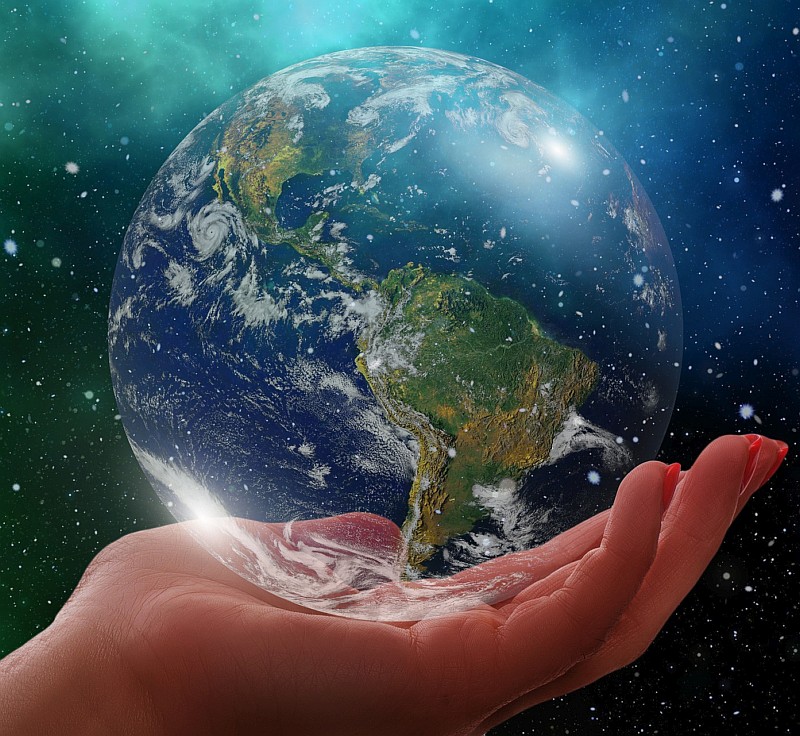 I notice a new story emerging in our world that is bringing us back into our true essence. Born within the pain and suffering of our times, a “power-with” story of co-creation, compassion, cooperation and collaboration is birthing a new earth. This new story is the original Source story that tragically got lost in the translation. By remembering the story of whom we really are, lowering ourselves in humility and reverence to Source consciousness and a reunion with all creation, we will not only survive, but we will thrive and inherit the new earth.

Let the world be dominated by loving kindness!