In 1997, I was traveling in India. About two months into my travels, I met a “wise spiritual woman” who became a spiritual mentor for a time.  My time with her shattered my beliefs about the world as she taught me so many things about life and metaphysics. It was in these beginnings, that I began to understand and experience how my childhood emotional wounds and traumas affected my current reality. With this understanding, I began to make radical, positive shifts in my life.

One of the most useful things that Susan taught me was how the world tends to mirror back to us our beliefs and our inner wounds, especially in our primary relationships. She helped me to understand that when I was triggered with an ‘emotional charge’ by someone, that the key to resolving or healing this emotional charge was in myself.  It was not about the “other person” needing to change; just me. 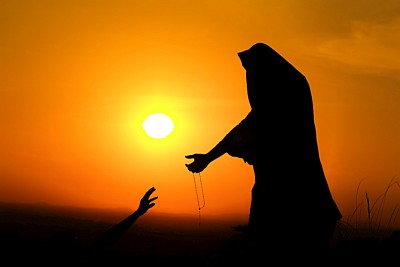 I learned that all I had to do was go inside, find and fully feel the first incident of that feeling(usually in my childhood), and then forgive myself and the other person for the experience. I would then forgive everyone that had been a part of that ‘trigger pattern’ up until the most recent incident. During that time with Susan, she was often the one “pushing my buttons,” sometimes on purpose, sometimes unconsciously. This happened several times per day, as she stood by holding the space for me to transform, despite my anger at her. She calmly stood by as I went through the emotional processing, forgiving and coming back to peace. Over a month of traveling together, I cleaned up a lot of wounds and became lighter and lighter by the day. I had so much energy, I felt like I could fly!

During that time, I had put Susan on a pedestal. She was a gifted healer with deep knowledge and experience in the outer and inner realms. She was my “guru.” However, despite my putting her on  pedestal (at the elevated level of an angel), every day I was also judging her and knocking her down to the level of a demon. That is, until I took responsibility and went through the forgiveness process that she had taught me.

Then, there came along some behaviors of hers that I could not reconcile within myself. I could not find the source of my emotional charge against her. She seemed out of integrity with what she was teaching me. I noticed that Susan tended to generalize or attribute certain harsh blame and judgment onto others and would sometimes get highly triggered herself. For example, she appeared to me as quite racist and would emotionally lash out at Chinese people, justified by the Chinese government historically having invaded Tibet. She claimed to remember past lives as a Tibetan and had quite an emotional charge around the plight of the Tibetans.

Like many other things that Susan did, her racism triggered me and I went out of peace. The pedestal I had placed her on got very shaky indeed. Because I also had a charge against her, as she had taught me, I looked inside for where I was also racist in order to forgive and heal that part in me. The problem was, I couldn’t find the racism in me, or was unable or unwilling to see it. The way this particular mirror-healing works is that if you hate or can’t stand something/someone, then what you 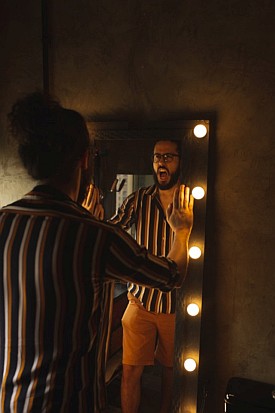 Experiencing the mirror of racism, I looked and looked and looked, even for a month or more after we parted, but could not find the source of my upset against Susan and her racism. My ego also felt quite justified in judging her for racism. How could anyone care about loving a racist anyway! I got to hold onto my own harsh judgments of her, rather than accepting her in her humanity.

It was only later, when I read a book by Gregg Braden, that I found my answers and my healing. Gregg exposed a second mirror – The Mirror of Judgement. I may not have been a racist, but I certainly judged racists as ‘less than’ or ‘bad.’ I was judging the judgers (racists). Was my own harsh judgement any different from hers, other than the skin tone? The understanding of this mirror gave me access to a harsh, unbalanced judge within me and allowed me to finally be free of the charge I had against Susan. Over time, I also become aware of how this ‘shadow of judgement’ played out in my own personality, as well as in the collective experience of human beings.

The Shadow of Judgement Jumping onto the World Stage

Lately, I've been noticing a rise in the intensity of this shadow of judgement in our world. Collectively, we are becoming more aware of the personal behaviors, history and systemic roots of racism in our societies. In many cases, as in my own story, people are blind to the mirror of judgment within them as they judge racists or other people. There is an epidemic of blaming and shaming. Often these judgments come with an emotional charge or upset, which means the judge's own inner wound has not yet been healed. This can be an intense, angry, messy, self-righteous energy. From the wound, the ‘non-racist’ can put-down, demonize, or even dehumanize the racist, just as (minus the skin colour), a racist dehumanizes people of other races. It is the same underlying energy pattern – the ‘shadow of judgment’ that is fueling both. It is a form of hate, dressed up as love and caring.

Let me give you practical example of how I have seen this shadow of judgement play out in our current world during the pandemic. You may notice in this example below, that even to call out this example, there is ‘judgement’ on my behalf. Judgement is what the left brain does. It is a tool of the mind that can serve us in becoming more aware of ourselves and improving our world. Judgement is not ‘bad.’ However, when it is used by the ego to make others ‘less than’ or ‘better than’ or to manipulate, blame, or shame, then it is coming of a lower vibration of separation. Alternatively, judgement can be used to identify where we are separated from love and peace so that we can close the gap.

During the pandemic, the Canadian Prime Minister, Justin Trudeau, has been acting out the shadow of judgment(and other shadows) for all of us to see - if we care to see it. (President Macron in France, as well as other leaders, have exhibited similar behaviors during the pandemic.) Trudeau has labeled the ‘unvaccinated’ as being “often racist and misogynistic.” He questioned whether they should be ‘tolerated.’ During the recent Trucker Freedom Convoy, Trudeau labeled this group as ‘far-right extremists’ and neo-Nazis. (As a side-note, Trudeau himself has a history of wearing ‘black-face’ at parties in his younger days, which has been pointed to as racist behavior.)

I have no doubt that there were some neo-Nazis and ‘far-right’ extremists among the mostly peaceful protestors, but from what I know and have witnessed, this element is quite small. (Shadow alert: These ‘extreme’ labels are also judgments to consider in mirror/forgiveness exercises if you have a 'charge' against these.). Many Canadians, from all political, ideological and spiritual perspectives (including me) are also supporting the movement for freedom. It is not ‘fringe’ as Justin Trudeau would have us believe. In any case, similar to patterns of racism, Trudeau is either trying to intentionally divide Canadians for political gain(manipulation), or he actually believes what he is saying. If he believes his own rhetoric, then he is likely under the spell of the shadow of judgement (and other shadows). In either case, he and others would do well to honestly look within, heal their own shadows, and find their way to integrity. Everyone, from one ‘side’ of this spectrum to the other would do well to look into their own mirrors of judgement.

It is time for all of us to look in the mirror.

Bringing the mirror of judgement closer to home, how are your relationships? In such a divisive world, I have heard of so many family members or friends turning on each other or pushing people out of their lives. Whatever ‘side’ you might be on in your personal fight/argument/perspective, if you are ‘upset’ by the situation, then I invite you to look in the mirror. This is the cleanest, most expedient way to come back to balance and peace. This does not mean you need to find a way to get back together with the other person(s), but it is an opportunity to get back together with yourself. 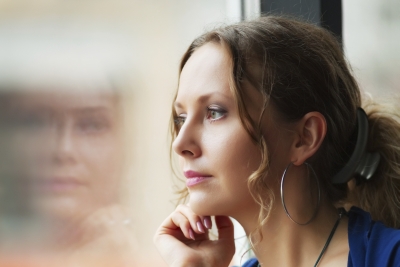 Each ‘side’ of the life mirror holds up the other. It is like two sides of a coin. Healing division starts within each of us, no matter what ‘side’ of a judgement we place ourselves. It is easy to judge people that stand out in the public. It is easy to call out the injustices of leaders as I have just done, but remember that they are also reflections of society too. If we are not willing to do our own inner work, then who are we to harshly judge our leaders? We each need to personally take responsibility for our own consciousness and be the change that we wish to see in our leaders or in others. That does not take the leaders off the hook. For our democracies to thrive, we need to reflect and then elect leaders with personal integrity and which model the change we want to see.  From our own devotion to personal integrity and wholeness, we can change our world together!