Imagine you are a child discovering your shadow for the first time. It follows you around, expands and shrinks as you change your orientation with the light. 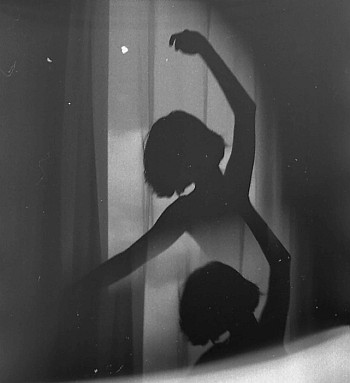 In that first noticing, it might have been shocking, worrying, confusing, frightening. "What is this thing following me around? Why can't I get away from it? Where does it come from?" Or, perhaps it is a de-light-full dance right from the get-go. You jumped into playing with it; dancing, running, jumping, crouching and seeing if you could make it disappear. Later, you noticed that you could make shapes on a wall as you blocked the light and created shadows you recognized; rabbits, dogs, dinosaurs, people and monsters. What fun! Playing and dancing within the light; noticing all the shapes of the shadow that followed your lead, dancing as you danced. Then, you stepped into a fully lit room, or you went into full darkness, and the shadows were suddenly gone!

The shadows within our consciousness are not so different, except most of us have been conditioned to fear our shadows and become victims of them. Most never discover that we can consciously lead this shadow dance, play with the light or complete the dance in full loving light. As each dance is brought to completion, life becomes pure presence, joy, truth and beauty.

There is nothing to fear in the shadows. Like the physical shadow, the shadows of the mind are not actually "there." They are reflections of distortions, illusions, beliefs, emotions and stories created and held by a mind that is blocking the light... the truth. The mind, blocking the light, casts a shadow onto our perception of reality or onto others, making people or life appear dangerous, scary, troubling or sad. Monsters. Drama. 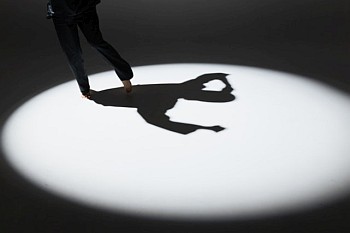 These dance partners, your shadows, are devoted to the dance, whether you like it or not. They may seem to disappear at times, but as you have experienced, they rise up again, and again, inviting you into their addictive, emotionally charged dance. They know all the steps, the costumes, the band, the audience, the music, the drama, and the beat. They know precisely the songs that you are emotionally addicted to and how to pull you up onto the dance floor. You can try to run from these shadows, ignore them, step into the fog of numbness, or fight them off, but they will never leave you - unless you surrender to the shadow's invitation, fully embrace the message they have for you, and take the loving lead in this dance for your life!

When we succumb to a shadow pattern, all of our attention tends to be on the shadow, reacting to it, unconsciously following its every move, or trying to escape its grip. We are consumed by its energy, trapped in ancient, archetypal dances that we know so well ...rejection, betrayal, lies, unworthiness, domination, victim, perpetrator, savior, judgement, blame or our other special brands of suffering. We can never be free while we dance unconsciously, or by letting the shadow take the lead. Resistance is also futile. There is no escape until we choose to complete the dance. But how?

Shifting your attention inside

You are invited to shift your attention for a moment to both the light source and how light is blocked by the mind (beliefs, stuck emotions, story, assumptions) to create the shadow. If you are fighting the shadow itself, with all your attention on it, 'out there', then you are fighting/dancing with a ghost, a projection, an artifact created by light being blocked. It is not the 'real' thing. It is about what your mind is thinking about that, or them 'out-there'. But are those thoughts actually true? Have you brought them to light and examined them?

In this human experience, of course those shadow projections feel and look real and true. People do stuff 'out there' in shadow-land, and we habitually react to 'that and those', with feelings and thoughts 'in-here' of sadness, anger, confusion, frustration, joy, contentment, happiness, love or hate. It appears true that 'they did this to me'. It is from those sensory inputs and our reactions and judgments by the mind that we interpret and evaluate the life experience. However, if you take a step backward, you might notice that the same experience you have had is interpreted or evaluated differently by others, without the emotional charge or judgement that you may have had. You might notice also that certain experiences are a repeating pattern in your life, a recurring emotionally-loaded dance. For example, you keep having experiences of rejection while noticing that others don't. So why is your dance with life so different from the dance of others? Why you?

Yes, why you? This raises a question of whether it is just our interpretation of the experience 'out there' and/or if somehow we are attracting those repeating experiences. If it keeps happening and we are the common denominator, might we be co-creating these dramas? Perhaps we have more influence and impact on how our reality unfolds than we care to think! Instead of being victims, might we be unconscious co-conspirators in our own suffering? Can we change our experience or our perception of it so that we don't suffer? How can we end the drama dance?

Rather than trying to get rid of, avoid, suppress or being consumed by your 'dancing partners', it is possible to transcend the dance (transcend-dance). This is what happens when you do 'shadow integration work'. 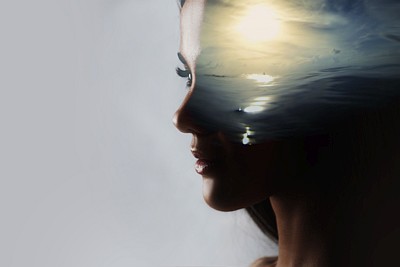 The goal in shadow-work is to bring the difficult dance to its completion. The focus is on what is blocking the light from fully passing through the mind. The fight with the shadow is surrendered into the light. When you let go/release/forgive/shift/process the past stories, beliefs, emotions, thoughts or traumas, then you become more transparent. In transparency and open-heartedness, no shadow can be cast into your reality or interpreted from your reality. The projector has nothing to project. You will cease being an unconscious co-conspirator in creating the drama. Nothing can push your 'trigger button', because it no longer exists. More than this, as the shadow is transformed in the light, it also gives you priceless gifts and new capacities to happily dance with the light and love of life. Your shadows actually hold the keys to your success and joy!

Now, let's look beyond what is blocking the light towards the actual light source. In the physical world, the source of the light is external and separate from you. It is a lamp or the sun. It shines toward you, is blocked by your body, and casts a shadow onto the ground or projector screen. But what about the Light Source that projects the psychological shadows onto your life? Using the physical shadow as a metaphor, the Light Source must be somehow 'separate' from what is blocking it - separate from the parts of the mind that block the Light. The Light is always shining, its just that our minds are blocking us from seeing it, or we are focusing our mind on the projection, rather than on the Light. If you focus your mind on Source, rather than shadow, what might happen then? What we focus on in life, tends to expand.

Returning to the Garden

To take the mind experiment a little farther still, imagine what would happen if the Source of Light is brought INTO the mind, fully lighting it up. If the Light Source was contained within your mind, rather than separate from it, could shadows even exist? Your whole BEING would BE LIGHT. It would be like being in a fully lit room. There is nothing but Light. Pure consciousness. Pure presence. Full knowing, Nothing hidden from sight or light.  The sun or 'SON' of GOD fully realized. 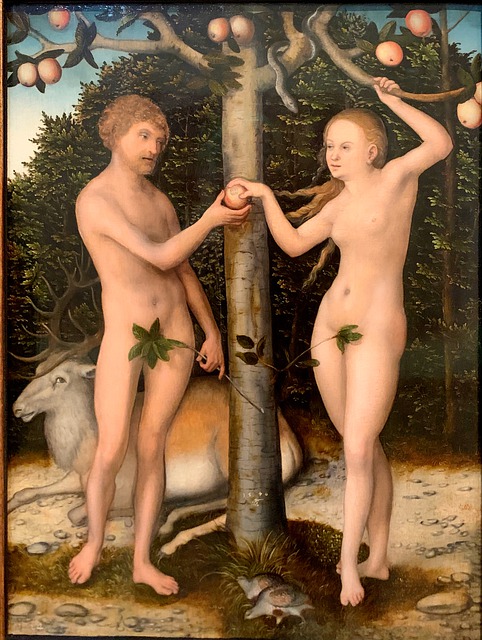 In this human experience, we somehow got separated from Source; from the Light. The Bible tells the story of Adam and Eve eating from the forbidden "Tree of Knowledge of Good and Evil". Before eating this fruit, the knowledge of good and evil did not exist in the human mind. Before this change, there was no duality or separation into light and dark; only Oneness. In eating this fruit, humanity left the Garden to enter 'shadow-land' or 'shadow-mind.' Ever since this 'event', the soul of humanity has been longing to return to the Garden. All souls have been searching for the ways and means to come 'HOME'. Unfortunately, most trying to find home in shadow-land.

When the SUN/SON fully RISES and LIGHT dances within the mind, we are HOME. The illusions of 'Shadow-land' disappear, leaving TRUTH. While this Rising seems to be a rare event, it is far from impossible. Sometimes, it happens in a moment of Divine GRACE. Sometimes it happens in states of deep SURRENDER - completely giving up (FORGIVING) the fight with shadows, and unconditionally opening to SOURCE, collapsing the separation in mind. However it happens, or whenever it happens, it is our destiny to dance the dance of Life with Light.

The shadow-self is not a dark or evil part of you. Rather, it is a part of you that holds your wholeness and needed life capacities and gifts that you have lost.

Imagine that the 'Shadow Self' is a “Being” inside of your subconscious, similar to the Soul, the “Inner Child” and other archetypes that live in you, with you and through you. This subconscious Shadow-Self becomes the ‘container’ or ‘Being’ that holds all the uncomfortable, unprocessed, rejected energies and qualities from your life. Whenever you experienced a trauma that you could not deal with, rather than process it, it was pushed into the Shadow-Self which gladly took it from you, knowing that some day, you would need it back. It took all those energies that your inner child rejected in order to survive, fit in and feel loved in those early developing years.