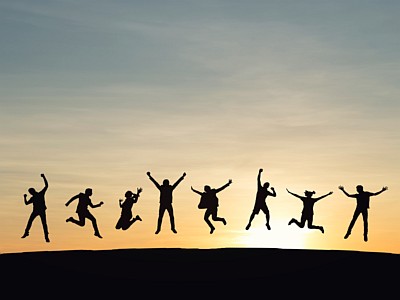 You have a choice. You can either FIGHT your SHADOW or you can DANCE with it. Fighting with your Shadow, like you have done all your life, is only wearing you out, keeping you stuck and creating drama and suffering. If you want lasting peace, joy and freedom in your life, then choosing to surrender, embrace and dance with your own Shadow is an absolute necessity. This is a truth that most people don’t know about, don’t understand, or are unwilling to accept. If you really want to transform your life and your relationships, you must learn how to dance!

As human beings, our conditioned response to qualities that we don’t like, hate or are uncomfortable to us, is to reject, suppress, or push them away. Consider human qualities such as liars, thieves, cheaters, racists, bullies, idiots, elites, beggars, victims, perpetrators, narcissists, weaklings, sluts, or fools. Unconsciously, qualities like these are usually projected onto others by judging, hating, blaming and shaming “them.” We react to qualities like these by getting emotionally “triggered” and get seduced into the drama of our story. Rather than take responsibility for our part in the drama, we habitually place fault and wrongness onto “them.” Alternatively, if it is us that has “behaved badly,” we can fall into stifling shame and guilt, letting our own critical-self rake us over the coals of hell. While this other-blaming or self-shaming will temporarily satisfy our personal ego, it is poison to our Soul!

However, there is another way, and it is ultimately the only way to end these personal or societal wars. This way is the way of surrender. Instead of continuing the unending battle against the perceived tyranny of others, the solution is to do an "inner surrender", laying down your arms, and enter a magical dance with the inner Shadow where the war started in the first place.

I know. If you have never done the dance with your Shadow, the idea of forgiving, accepting and embracing these “bad” qualities feels like making a deal with the devil. However, this sacred dance is just the opposite. It takes you through your fears and darkness to reveal your light and becomes  the path to eliminate suffering and expand your joy.

"To confront a person with his shadow is to show him his own light. Once one has experienced a few times what it is like to stand judgingly between the opposites, one begins to understand what is meant by the self. Anyone who perceives his shadow and his light simultaneously sees himself from two sides and thus gets in the middle.

As humans, we tend to perceive our world in duality, but life is not black or white. It is the full spectrum from light to dark. When we fix our attention on one side of the spectrum of dark and light and create an enemy of the other side, then we are destined to fight a battle with this perceived "evil part” until the end of time. This fight is comparable to trying to get rid of one side of the same coin. It is impossible. If instead, we correct our polarized thinking and are able to see reality in its wholeness, we discover peace, joy and wisdom. We grow in our capacity to fully trust the process of life. By shining light into our Shadows, we discover the light and truth of whom we all really are at our core.

Jung said: "One does not become enlightened by imagining figures of light, but by making the darkness conscious."

Shadow-work or wholeness work allows us to claim the power and resourcefulness that somewhere in life, in order to survive, we lost or rejected. That survival strategy served us well for that time, but our soul wants us to reclaim our wholeness and life will constantly present us with clues of where to look to restore those lost parts and that lost power. The Shadow showing up in our life is the invitation to a deeper journey — a hero's journey into the truth of who we are.

Doing Shadow-work is a way to become free and live life from our Divine nature — the awakened part of our being, rather than from the unconscious limiting beliefs and wounds of the human. Shadow-work is inner alchemy that will transform those past wounds into the precious gold of wisdom, compassion and a sense of oneness with all life. This is not to deny the human aspect of ourselves, but instead to evolve the human towards integrating our divine, awakened Self. 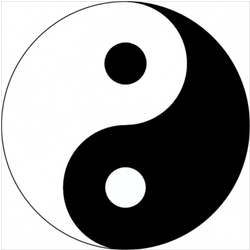 Consider the Buddhist yin/yang symbol with the integrated light and dark side making a complete circle. One side of the circle is the mirror image of the other, and they are in perfect balance. In this balance, owning all of our light and all of our dark, brings us to power and truth. This is wholeness rather than separation.

I first looked at the idea shadow about 2001 when I read Debbie Ford's book, "The Dark Side of the Light Chasers". I didn't really get it at the time. I didn't understand the depths and importance of this work, so I moved on. I did not yet have the capacity or experience I needed to understand how important this work is to create power, freedom and peace in life. I guess I wasn't ready for it at that time.

It was only around 2010 that I began to take a dive deep into the power held in my own shadow and how this work reveals our divine nature. Shadow-work is Sacred work.

So what is shadow? Shadow is…

If you are stuck somewhere in life and cannot seem to break free, whether it is about finances, health, self-esteem or in relationships, then there will be un-embraced Shadow behind this experience, blocking you from success! You must be willing dance with your Shadows to get unstuck.

Shadow-work can be partially understood intellectually, but doing the work to integrate and embrace your Shadows is an experience that involves the heart, mind and spirit. It is emotional work that transforms limiting beliefs, past emotional trauma and shifts the old life-depleting stories to empowered wisdom. When you do this work, your perspective of life changes and your behaviors shift too. Triggers disappear, and you gradually begin to trust the flow of your life and more gently flow down its stream without resistance. When you find and heal the wound behind the origin of a shadow part, then all associated triggers and limiting beliefs and behaviors will disappear!

If you don't do Shadow-work, there are consequences .... you will stay in the old limiting stories and patterns that you have always been in. This can make the experience of life suck! It blocks you from attaining your true potential and discovering your authentic self.

Anger — A classic example of a Shadow

Let’s look at anger as a classic and common example of shadow that many people either have themselves or know of people that suffer because of this shadow. Check in with yourself…

Many people have these experiences of anger. They have learned to repress their anger or are afraid to express it, so they stuff it inside or project that anger onto a spouse, a boss or onto the world.

In projection, “they” get to be the angry people, but "not me." However, it keeps showing up in your life, and you get to hate or judge them because they have anger issues. If this is you, then you also have anger issues which you refuse to see or allow in yourself. Because you cannot BE with it, you have pushed it out onto others to hide it in plain sight in someone else. This is called projection. Your freedom is found in going towards the anger within yourself rather than avoiding it or projecting it.

A story of anger projection…

Not too long ago, I had a client that wanted me to work with his son. He said his son had issues with anger, and he asked me if I could help him. Whenever I get a parent asking me to work with their child, I start with the parent, because very often the source of the issue is with some behavior or experience the child had with the parent.

I asked the man to come to see me first, without the child. I was wondering if the parent would have some issues with anger and wondered how I might approach this question with him. I didn't have to. As soon as the man arrived, he started an angry rant about how things are wrong in the world. After listening to him vent his anger, I asked the man if he noticed that he also had anger issues. I suggested that by working with himself and his own anger, it would go a long way to helping his son. The son was just likely holding his Dad's anger for him or mirroring the anger of his dad.

How is the Shadow of anger created?

If you have issues with anger then you also probably created this as a survival mechanism in childhood.

These are all reasonable reasons for you as a child to suppress or disown anger. We all do these sorts of things because we don't know better. Rejecting anger and thereby creating the shadow of anger probably also had some benefits for you throughout your life. For example, because of you rejecting anger, maybe…

However, rejecting anger will limit you. For example, the energy of anger helps with establishing boundaries. If you cannot say NO with the energy of anger, because it is not available to you, chances are people do not respect your NO and they may walk all over you. If they continue to push, the situation escalates to the breaking point where you might explode, or you protect yourself by just going numb! Maybe you take flight from the situation without ever resolving it, only to create another similar experience later.

If you own anger, you will be able to use this energy by choice and even out of love, without it exploding into violence. Anger is not good or bad, but suppressing anger has negative consequences and it is in your best interest to own it, embrace it and use it with love. If you do, then you will have tapped into an amazing power that will serve you rather than destroy you or others. In addition, the icing on the cake is that underneath anger, there may be many more Shadows that can come into view and get embraced, such as the shadows of conflict, victim or control.

It takes a lot of courage to ask your shadow to dance, but there is nothing like the glow you’ll get from doing it. If you are ready to get up on the dance-floor, then consider contacting me to learn how to do a new dance with life!