The Power of Anger

Facing a human stampede with anger!

It was 1997 on a train pulling into the Delhi, India main station. The woman I was traveling with and I were wanting to get off the train in Delhi. However, we noticed and felt the energy of hundreds of Indians, wanting to get on and in fear that there was not enough room for everyone on the train. When the train doors opened, there was a stampede! People were aggressively pushing and shoving each other to get on the train. I knew that if something was not done, we would not be able to get off the train. Even worse, we might get run over by this human train! 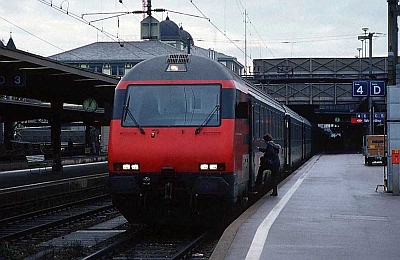 In that moment, I felt as if the energy I was holding could even part the Red Sea!

Before we arrived, I had been in a very connected, loving energetic space. With this clarity of being, rather than go into fear myself, I calmly closed my eyes and 'asked within' what was needed to create the best outcome and get off the train safely.  The answer was ANGER.

Anger! I instinctively knew how to access that. I dropped my attention to the lower part of my body and I summoned up anger. Actually, what I summoned was close to RAGE!  When I opened up my eyes, they were on fire! In that moment, I felt as if the energy  I was holding could even part the Red Sea! I told my friend standing behind me to stay close behind me as we moved forward.

It was simple. The Indian men that were so intent on getting on the train at all costs, just gave way. They saw the fire in my eyes and the energy of what might be interpreted as a mad-man! They backed up and just let us peacefully  off the train. Once off the train in a safe place, I quickly shook all the anger off me, and instantly went  back to the calm, peaceful state I have been in before. It was a lesson and experience in anger that I would never forget!

The Power of Anger

I have not always been so clear about the power of anger.  My usual experience of it was how anger had the power to burn up me or my relationships when it rose up as a reaction to a person or an event. Again and again in my life, I have needed to play the alchemist with anger; taking a journey to its roots to transform it, release it and come back to a greater freedom and joy.

Anger is a natural part of being human. It will usually arise naturally as a reaction to transition and changes in our life and has been well documented as part of a natural "grief cycle" that we all experience.

However, most of us have been conditioned to have an "unnatural" relationship to anger. We either fear it, judge it, hold it inside or release it in destructive and unloving ways. It is often a symptom of  deeper emotional "wounding" that still needs to be let go or forgiven.

The good news is that there are ways to effectively transform anger, harness its power for good and to learn to positively respond to change rather than negatively react. Here are a couple of ways how:

Shift your anger in a private session with Richard

If you have some specific issues with anger that you would like to clear or resolve, you can also book a private session with me. In the private session, you have the opportunity to safely release your anger or your fear of anger and come back to a balanced, loving perspective and being.

WisdomWays assists leaders in unlocking their true potential, authentic power and inner wisdom to create extraordinary, high impact lives. Courses and Life Mentoring with Richard can help you live your legacy and build your capacity to thrive with change!